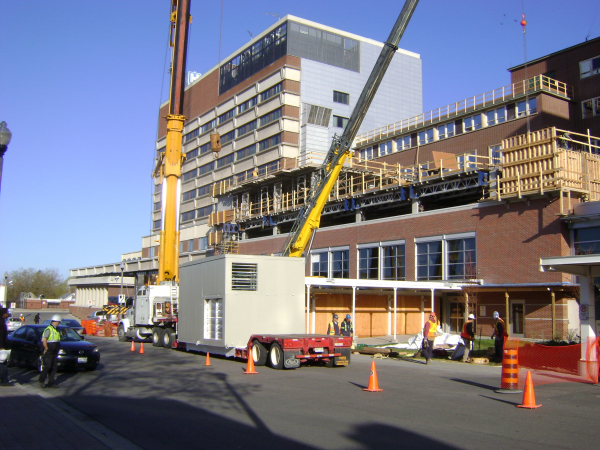 Thank you email sent to Geo. A. Kelson Company:

"In construction it is very easy to criticize when the contractors have done something wrong but not commend them when they have done something right. In saying that, I’d like to take the time to commend Kelson on a job well done hoisting the roof top units onto the A-wing roof. It was very well thought out and organized which contributed to NO issues. I never received one complaint. In fact James Ramsey of security was very impressed to how smooth it ran especially due to the size of the crane and the area that was being impacted I know some long hours were put in by Kelson forces especially Steve O’Brien who was involved in setting the crane up supervising the lift and was here until the early hours on Wednesday morning taking it down to make it successful and I’d like to thank them".